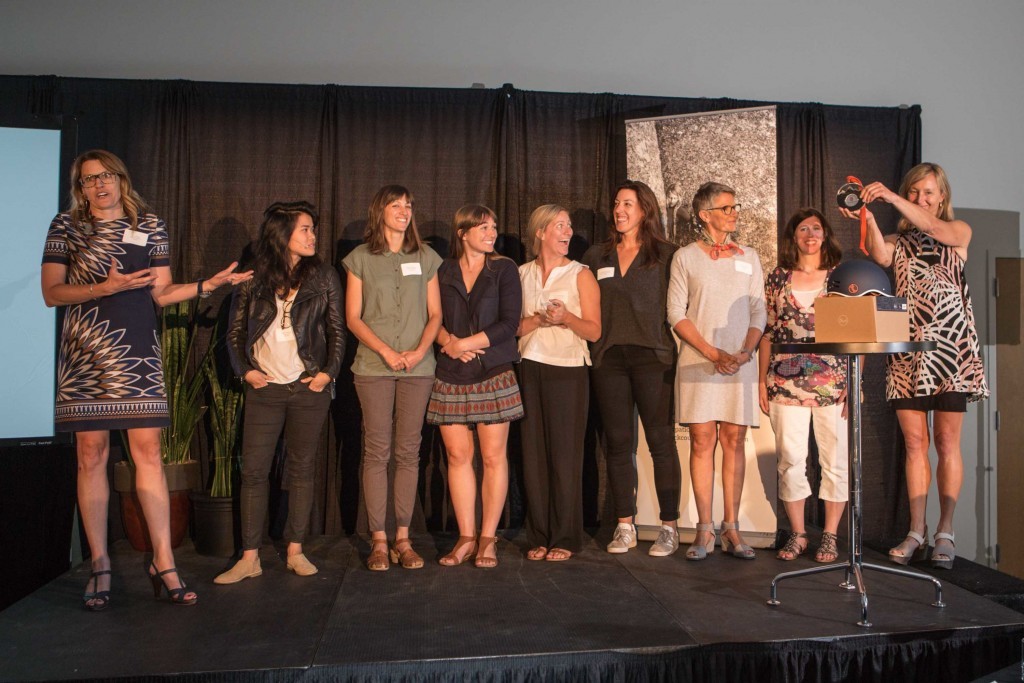 Salt Lake City, UT—July 26, 2017: Camber Outdoors, the active-outdoor industries organization that elevates and accelerates women’s leadership and participation in the outdoors, hosted its third-annual Pitchfest yesterday. The event took place at Petzl’s headquarters on the eve of the Outdoor Retailer Summer Market.

Camber Outdoors’ Pitchfest drives innovation, creativity, and entrepreneurship among women with a passion for the outdoors. This year’s finalists received eight months of business mentorship leading up to the event as well as coaching to help refine their pitches. Each had just five minutes to pitch their business, but it’s all they needed to wow the judges and audience. The feedback and connections these entrepreneurs received at Pitchfest 2017 will help them take their businesses to the next level.

“Pitchfest gives women entrepreneurs the visibility and platform to bring their fresh thinking, innovative, ideas, and passion for the outdoor to market,” said Deanne Buck, executive director of Camber Outdoors. “This year’s finalists really delivered. We hope their Pitchfest experience catapults them forward and inspires more women to start companies in our industries.”

Pitchfest was launched in 2015 as a cornerstone of Camber Outdoors’ programming to elevate women entrepreneurs and accelerate growth and innovation in the active-outdoor industries. Since then, 26 women have live pitched their business plans to a panel of top-tier industry executives and a room full of investors, entrepreneurs, and industry leaders. The mentoring and feedback they’ve received have helped Pitchfest participants increase their business sustainability and growth.

Now in its third year, Pitchfest has been funded in part by The REI Foundation’s Mary Anderson Legacy Grant since its beginning. This year’s event was co-sponsored by Perkins Coie and Backcountry and, through a partnership with Brandlive, Pitchfest 2017 was also live streamed to more than 100 people across the country.

About Camber Outdoors
Camber Outdoors envisions a future of Everyone’s Outdoors. With a community of more than 170 corporate partners and 13,000 individuals, we’re elevating and accelerating women’s leadership and participation in the outdoors through innovative and thought-leading programs and initiatives including the CEO Pledge, Pitchfest, a cross-industry/company Mentoring Program, and Camber Exchange events nationwide.